1. Tidewater glaciers are valley glaciers that flow all the way down to the ocean. They often calve numerous small icebergs, which can sometimes pose problems for shipping lanes
https://nsidc.org/cryosphere/glaciers/gallery/tidewater.html

2. Tidewater glaciers are glaciers that terminate in the sea, including most glaciers flowing from Greenland, Antarctica, Baffin and Ellesmere Islands in Canada, Southeast Alaska, and the Northern and Southern Patagonian Ice Fields. As the ice reaches the sea, pieces break off, or calve, forming icebergs. Most tidewater glaciers calve above sea level, which often results in a tremendous impact as the iceberg strikes the water. Tidewater glaciers undergo centuries-long cycles of advance and retreat that are much less affected by the climate change than those of other glaciers
https://en.wikipedia.org/wiki/Glacier 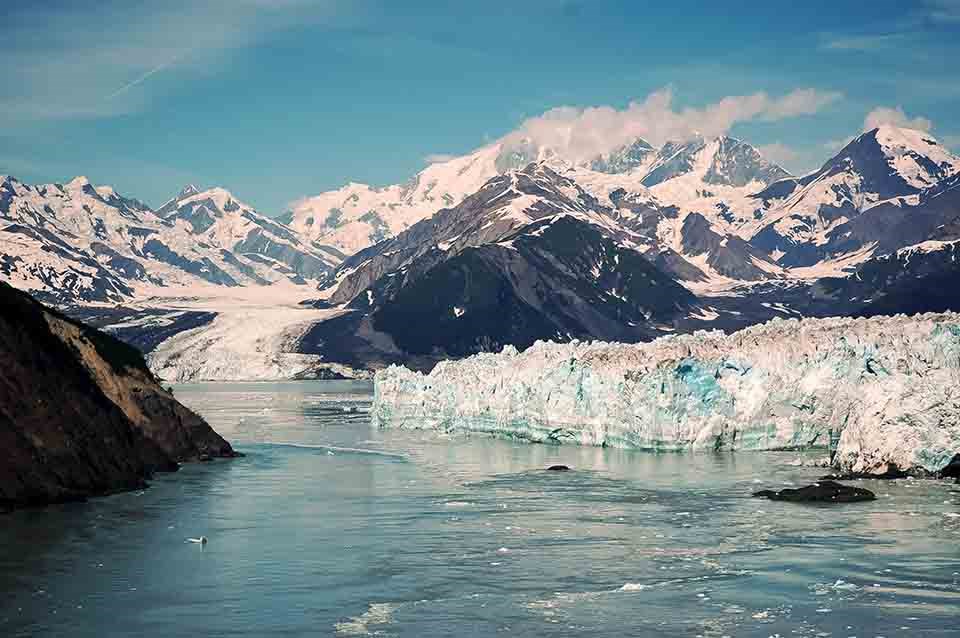 Hubbard Glacier in Wrangell-St Elias National Park and Preserve is the longest tidewater glacier in North America at 70 miles in length.